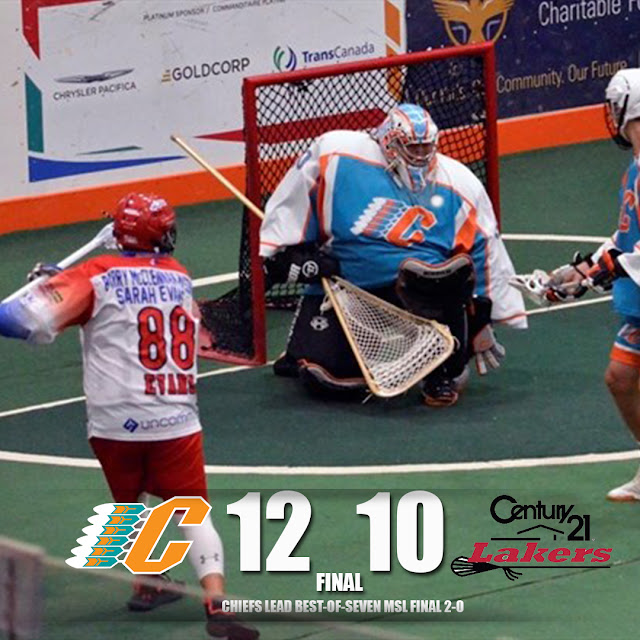 Steady goaltending from Doug Jamieson, a hat trick from Lyle Thompson and Cody Jamieson with a six-point night led the Six Nations Pro-Fit Chiefs to a 12-10 win over the Peterborough Century 21 Lakers Tuesday night at the Iroquois Lacrosse Arena.
Shayne Jackson and Chris Cloutier also scored two goals for the Chiefs, while Dhane Smith, Tehoka Nanticoke and Jordan Durston added singles.
Cory Small led the Lakers with a hat trick, with Shawn Evans, Joe Resetarits, and Josh Courrier each scoring a pair. Kiel Matisz netted one.
Mike Poulin and Doug Jamieson again went at it between the points. Shots on net in this one was 57-57.
With the win, the Chiefs take a 2-0 lead in this best-of-seven Major Series Lacrosse final series. Game 3 is in Peterborough Thursday, with Game 4 back at the ILA Friday. Both games are at 8pm and on LacrosseTV.