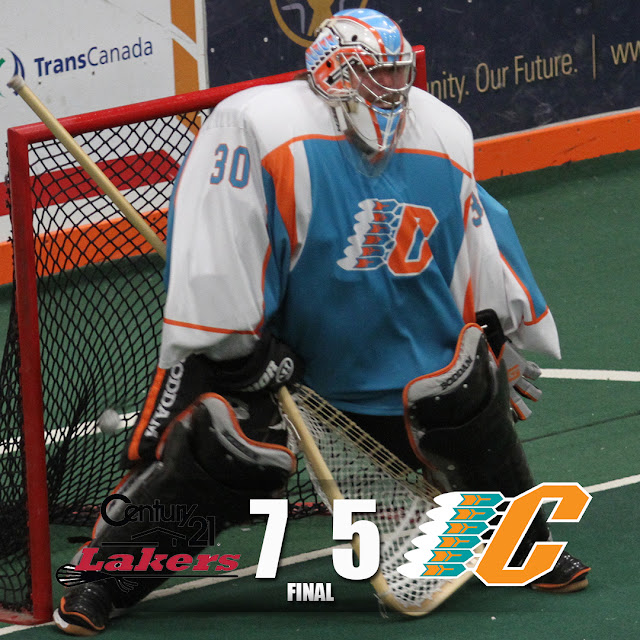 Josh Currier led the offence, while Mike Poulin was fantastic between the pipes, as they helped the Peterborough Lakers to a 7-5 win over the Six Nations Pro-Fit Chiefs Tuesday night at the Iroquois Lacrosse Arena.
Currier scored the hat trick, while Poulin made 44 saves in the victory. Kyle Buchanan, Corey Small, Chad Tutton, and Nick Weiss scored one goal each.
Tehoka Nanticoke continued to impress after getting called up from the junior A Six Nations Arrows. Nanticoke scored two goals, while Cody Jamieson, Lyle Thompson, and Jordan Durston netted one each.
Doug Jamieson was fantastic between the pipes for the Chiefs, keeping his team in the game, especially early, during his 49-save effort.
The Chiefs (11-5) and Lakers (11-3) are now tied for top spot in Major Series Lacrosse with 22 points each. They will play each other again, in Peterborough, Thursday at 8pm.