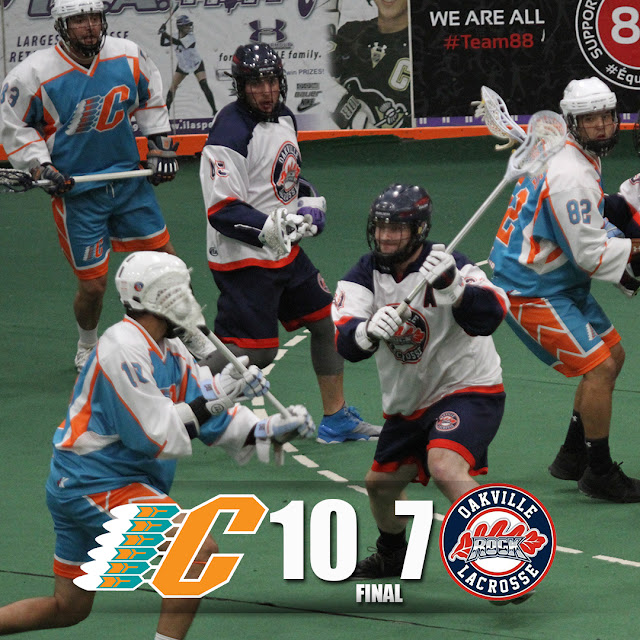 Chris Cloutier's debut in a Six Nations Pro-Fit Chiefs uniform was nothing more than spectacular.
Doing a little bit of everything, Cloutier scored four times and added one assist in a 10-7 win over the Oakville Rock.
While Cloutier led the offence, Doug Jamieson was spectacular between the pipes in a 50-save effort to be the backbone of the defence.
Leland Powless continued his impressive ways. The call-up scored twice and had three assists, while Randy Staats continued to light it up with two goals and a helper to give him the Major Series Lacrosse lead in goals (20) and points (43 tied with Shawn Evans).
Kasen Tarbell and Ethan O'Connor added one goal each.
Brandon Slade led the Rock with three goals, while Andrew Kew, Ryan Smith, Cory Highfield, and Brad Kri netted one goal each.
The Chiefs improve to 9-3 on the season and now sit in a two-way tie for first place in MSL, with the Peterborough Lakers. And on Thursday, the Chiefs travel to Peterborough for a first-place showdown at 8pm.