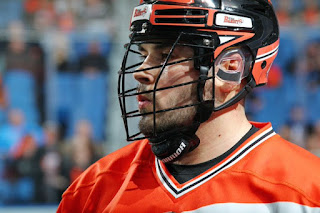 With nearly every team in Major Series Lacrosse bulking up its rosters, the Six Nations Pro-Fit Chiefs made a pair of moves at the deadline this weekend.
The Chiefs add forward Chris Cloutier and defender Adam Bomberry from the Coburg Kodiaks in exchange for Shane Simpson and a first round pick.
Both are very familiar with the friendly confines of the Iroquois Lacrosse Arena, playing for the Six Nations Arrows, of the Ontario Junior A Lacrosse League. 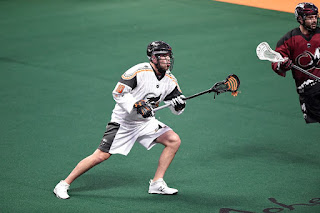 Bomberry is a local, from Six Nations, and played 16 games for the National Lacrosse League's New England BlackWolves. Bomberry, who played collegiate lacrosse at Onondaga Community College, scored three goals and six assists, for the BlackWolves. But most importantly recovered 85 loose balls this season.
Cloutier was the second overall pick of the Philadelphia Wings in the 2018 NLL entry draft. He then split time with the Wings and Buffalo Bandits in his rookie season, scoring 19 goals and 27 assists.
Chiefs president and general manager Duane Jacobs is very excited to have these towo players in the fold.
"Both of these guys are very exciting players," Jacobs said. "They will provide us with that much more depth."
The Chiefs are at home tonight against the Oakville Rock, in the back half of a home-and-home set.
Friday, the Rock beat the Chiefs 12-5.

Cody Jamieson, Jordan Durston, and Briar Johnathon each scored one goal for the Chiefs, as did Naneh Brant and Jacob Bomberry. Both Brant and Bomberry made their Chiefs debut in this game.
Trevor Smyth, Derek Downs, Dan Lintner, and Brandon Slade all scored two goals for the Rock, while Dan Craig, Ryan Smith, Brad Gillies and Luke Dawick netted one each.