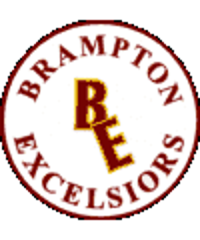 With a large chunk of the Chiefs playing for the Iroquois Nationals and team Canada at the 2014 FIL World Field Lacrosse Championships in Denver, the Brampton Excelsiors took advantage of a make-shift lineup, winning 4-3 at the Iroquois Lacrosse Arena.
The Excelsiors got off to a quick start, with Ryan Callaghan and Sandy Chapman scoring in the first six minutes.
Six Nations Rebels Junior B call up Kessler Doolittle scored his first Major Series Lacrosse goal to cut the lead for the Chiefs, but Pat Sunders again gave the visators a two-goal lead.
Brady Heseltire scored the lone goal of the second period for the Excelsiors.
In the third period, Doyle netted his first of the season, while Scott Defrancesco added one more to make it a one-goal game. Unfortunately for the Chiefs, it wasn't enough, as Tye Belanger shut the door to preserve the win in a 53-save effort.
Evan Kirl was tagged with the loss, making 47 saves.
The Chiefs, now 7-7, don't play until July 23, when they travel to Brooklin, to take on the first-place Redmen. They return to the
ILA July 26, when the Chiefs host the Oakville Rock at 7 p.m.