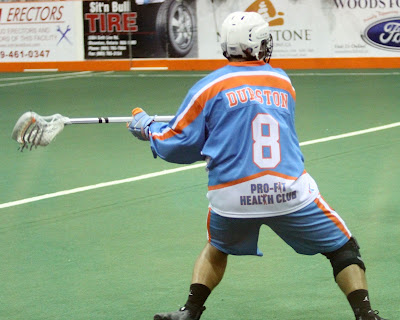 Major Series Lacrosse announced its 2016 award winners, with Jordan Durston being the only member of the Six Nations Pro-Fit Chiefs on the list.
Durston, along with Tyson Bell, of the Brampton Excelsiors, were named recipients of the
Gene Dopp Memorial Trophy for Outstanding Rookie.
After winning a Minto Cup with the Six Nations Arrows, the Chiefs expected Durston to be a big part of the Chiefs lineup.
Durston also had a fantastic rookie season with the National Lacrosse League's Vancouver Stealth, and continued to play at a high level with the Chiefs this summer. His 19 goals and 21 assists gave him 40 points in 18 games, which was fourth best on the team.