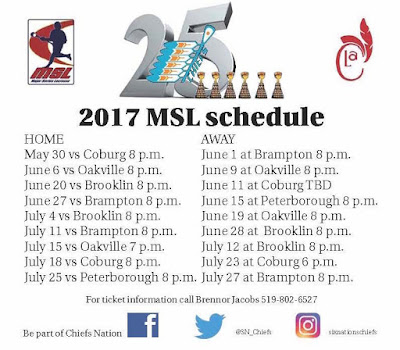 The defending Major Series Lacrosse and Mann Cup champions are set to begin its 25th anniversary season.And the first order of business was the release of the 2017 schedule.

If you would like to become a part of the Chiefs family and become a team sponsor, Brennor Jacobs can also help you out.